I actually had no plans for this school holiday and long Raya holiday weekend. When Ambert asked me earlier if I wanted to go anywhere, I told him that I will be busy preparing for Isabel’s unicorn-themed birthday party end of this month.

But then, my mum felt a bit bored over the long Raya weekend as most of her neighbourhood friends were away for holidays with their families. So my brother suggested that we bring our mum, together with my mother-in-law, for a one-day trip on the second day of Raya to a nearby town and he thought of Tanjung Sepat.

Tanjung Sepat is a small fishing village near Sepang, just  over an hour away from Bandar Sunway. We left after breakfast at 9am and reached there around 10.20am. Our initial plan was to try out the famous Ah Hock Bak Kut Teh first as the restaurant closes at 12.30pm.

However, we were still full from breakfast so we thought we’d take a walk around the shops first. 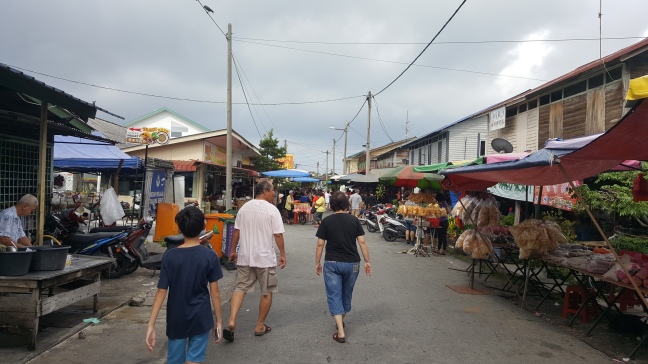 This small little t-shirt shop caught out eye and we went in to have a look. They sell t-shirts designed by local designer Ken Wong, featuring his illustrations of Tanjung Sepat’s tourist attractions such as the market, mushroom farm, durian orchard, bak kut teh, pau, etc. 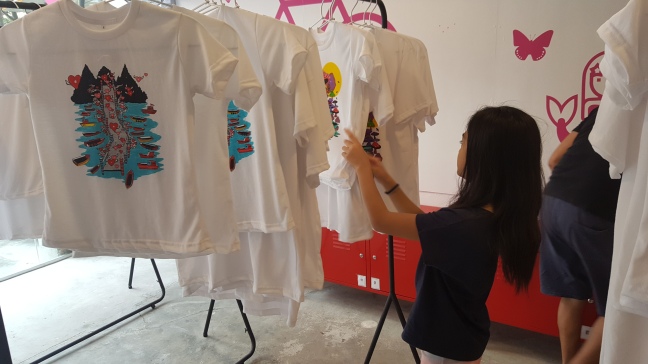 Right outside the t-shirt shop was a local ice-cream shop. The day was so hot that Isabel finished 2 Ribena icicles before we finished walking along the street. 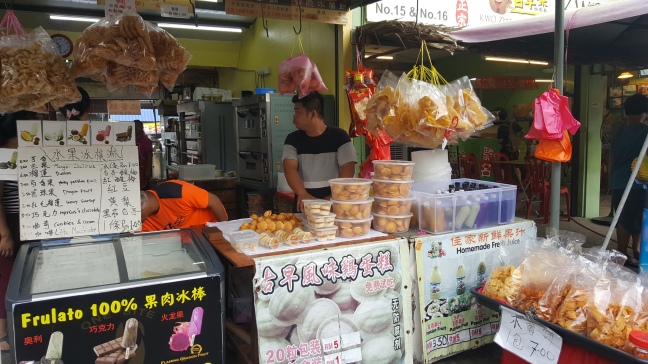 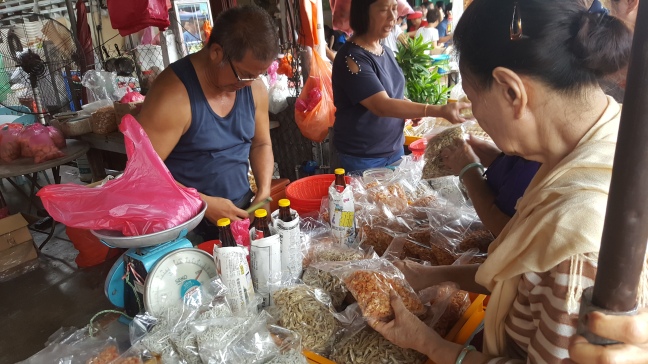 This is the famous Hai Yew Heng Pau shop. We wanted to try it but the queue was just too long to stand under the blazing hot sun.

When we reached the famous Ah Hock Bak Kut Teh Restaurant an hour later, we were disappointed when we were told that bak kut teh has finished for the day.

Try googling it up and you’ll see that it’s not your typical pork bak kut teh as it is served with prawns, fish fillets and squids as well.

We had to settle for the fish dishes and pork soup instead.

As we walked back to the car after lunch, we stopped by the Joo Fa Coffee factory just 5 mins away. 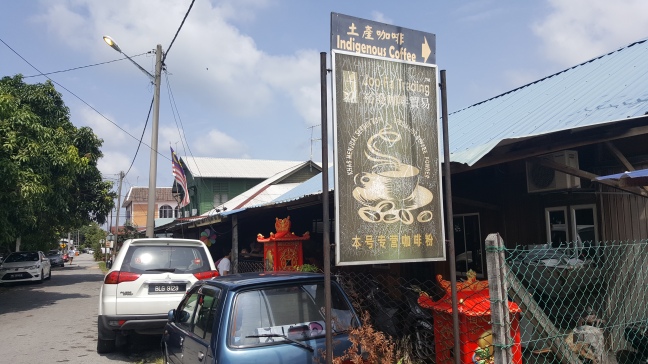 As you walk into the factory, you will be able to smell the fresh, aromatic coffee beans as they are being roasted. 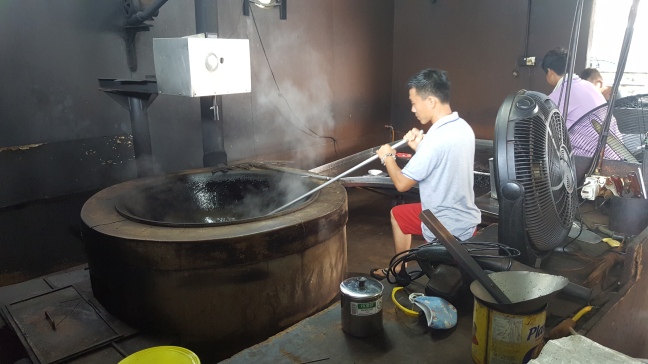 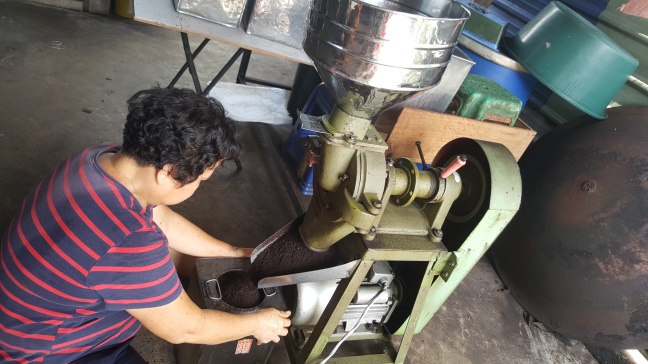 Next on the itinerary was the Qingren Qiao Local Products Shop. 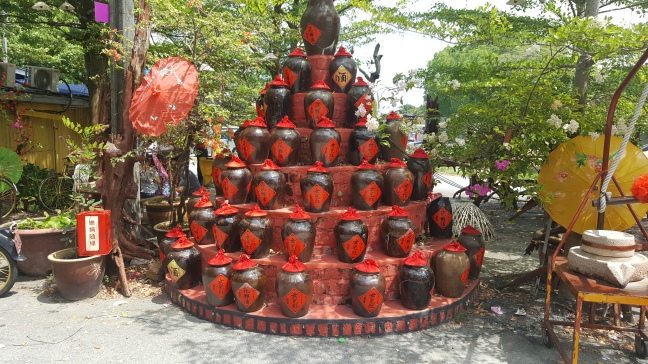 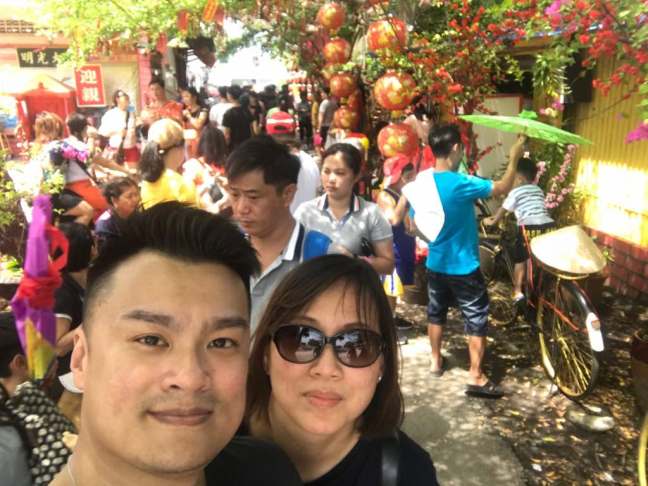 Well, we did not really go there for the local dried seafood products but more for the jetty behind it that goes out into the sea. This is the jetty where local fishermen dock their boats early in the morning to bring their haul in.

The sun was hot in our faces but it was very windy as well. It was so nice to enjoy the wind and the view. 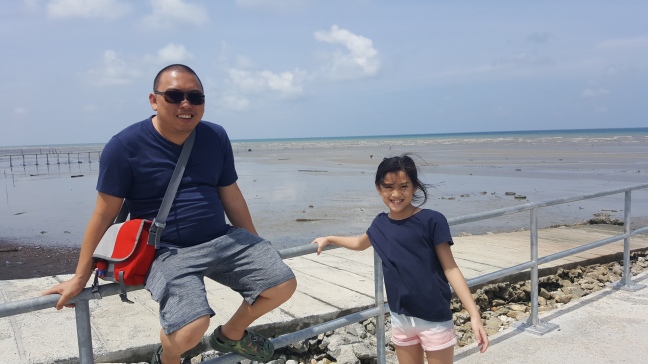 Not too far away from the jetty was the Kuan Eco Wellness Farm. It’s actually a swiftlet house with a small petting farm at the side. 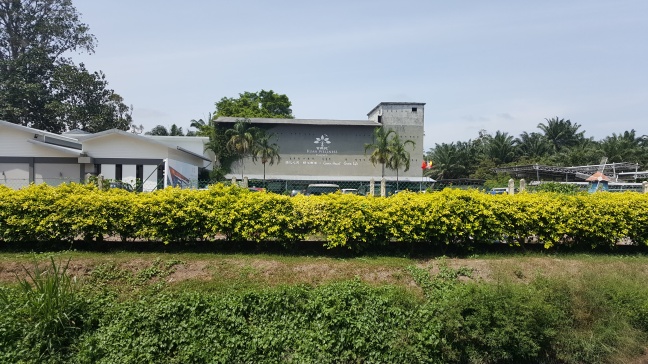 Entry to the petting farm and the bird house costs RM6 per pax. 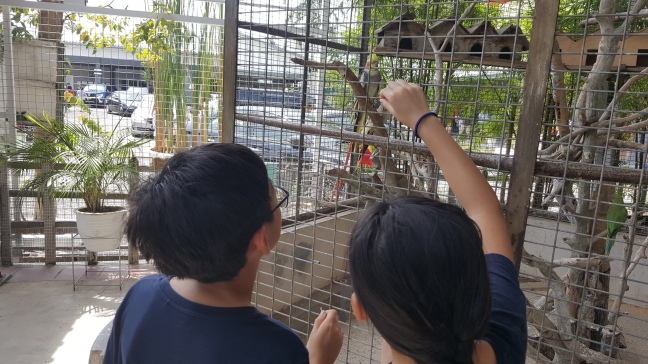 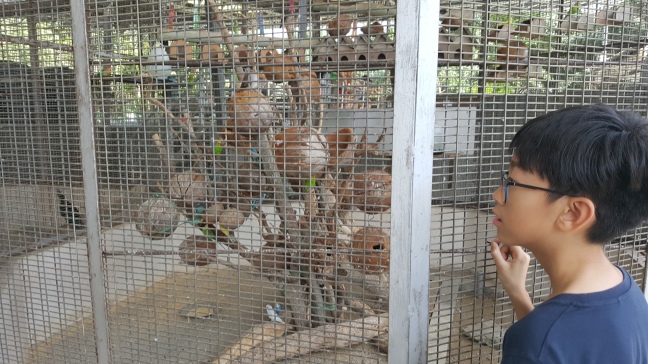 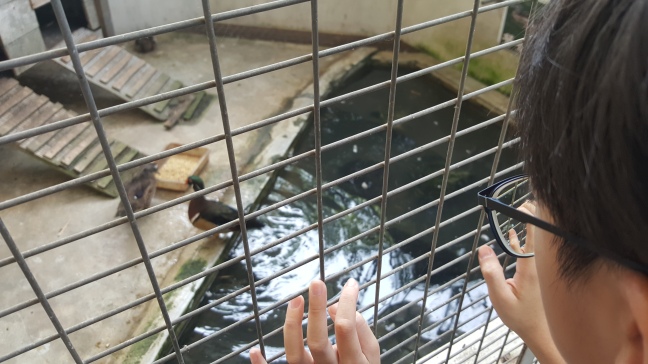 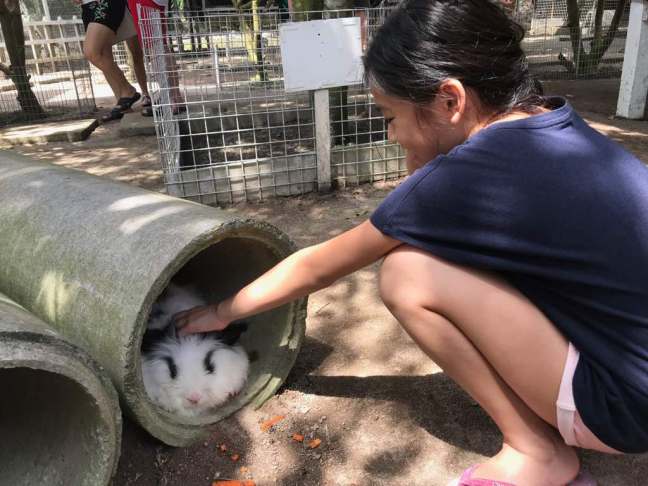 The bird house was actually an educational centre and 3D photo area where visitors can learn more about swiftlets breeding and process of producing bird’s nest for consumption. Above the education centre was where the actual bird house was, but of course, visitors are not allowed to go up there. 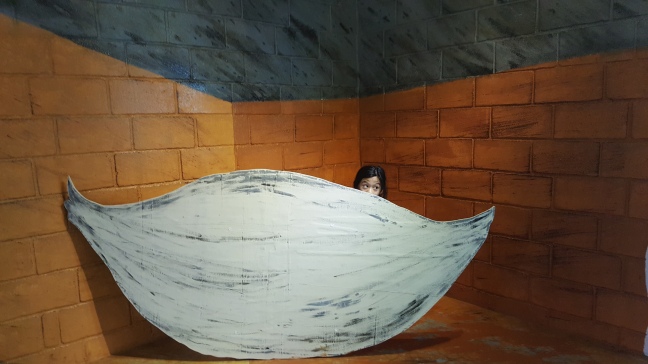 Before we headed back to Bandar Sunway, we wanted to pack some paus from another popular pau shop – Mr Black Hand-Made Pau.

There was also a queue there but it was not too long and was not under the sun.

After about 15 mins of queuing, it was almost my turn. Alas, the paus have finished and it would take another 15 mins of waiting for the next batch of paus to be steamed. Honestly, I don’t understand why they use just 2 small pau steamers (the ones you usually see at coffee shops) when they know that there are so many customers queuing up.

My brother didn’t want to wait anymore so we left the queue and ended up just buying their frozen paus to steam at home.

And that concluded our short trip to Tanjung Sepat. By 5pm, we were back home.

One tip – use sunblock as it can get very sunny, especially at the jetty. We came back with red faces and sun-burnt hands.