The highlight of our Christmas trip to Europe was definitely sledging in Interlaken. The kids, especially Ethan, enjoyed sledging so much that he lamented why are we spending so little time on this super fun activity.

Our winter adventure started on the morning of Christmas eve. We took the train to Bern and changed to another train to Interlaken. The whole journey took around 2 hours but we got to enjoy the beautiful scene along the way. There was also a cafe in the train where we got to enjoy a cup of coffee as we passed by the snow-covered landscape. 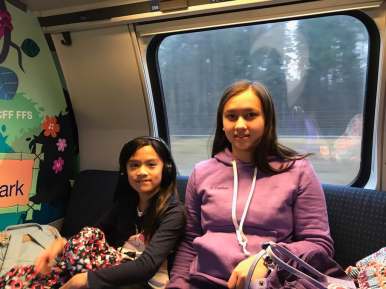 Upon arriving at Interlaken, we quickly checked in to our AirBnB apartment and made our way to the nearby train station to head up to the mountains.

It was such a bright, beautiful mid-afternoon when we reached the top of the mountain. The place was covered with white snow. 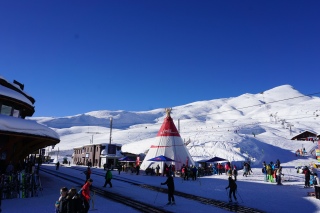 According to my sister, it is very easy to sledge and it would roughly take us an hour to sledge down the mountain. All we had to do was to sit on the sledge and steer. Sounds easy enough, or so I thought….

The first 10 minutes did look easy enough as the ground was just slightly steep. After that, it started to become a total nightmare for me.

The sledge was so difficult to control! I could hardly steer it to the direction I wanted it to go, the slope became so much steeper that it seemed to take all my strength to control the speed and there were a lot of parts where the trail was right next to a ravine where I could easily crash down and fall to my death and nobody would ever know and will never be able to find my frozen body!

My sister rode off on one sledge with Isabel, my brother-in-law Stefan was with Ethan, and my niece Krista was happily sledging off with them. Obviously, my dear husband could not leave me alone in case I really do fall off a ravine.

When the trail got too steep and scary, I got down and walked while pulling the sledge instead. Even that was difficult to do as the ground was extremely slippery. So I basically had a hard time whether I walked or sledged. 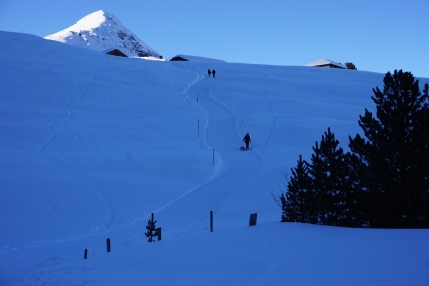 Just look at the photos of me walking alone! Ambert wanted to sledge so he would go down for some part and then wait for me to reach him.

After a while, I decided that it was more difficult to walk down the hill than to sledge down. So I basically put both feet down hard as I tried to make it go down really, really slow.

What was supposed to take just an hour, took me forever. After 2 hours, it soon became 3 and then 4. I was exhausted! There were hardly any people around, and the mountain seems to go on forever and ever with no end in sight. I really thought how was I going to survive it but there was no choice other than to continue on. Even the beautiful view of the mountains could not make me feel any better. 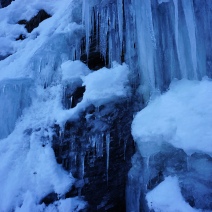 When we saw a restaurant in the middle of nowhere, my whole heart sighed with relieve. I even rejoiced when I saw there was a train station! Finally, my torture has come to an end! I had never been happier to see a train station!

We called the others to check where they were and found out that they had already sledged all the way down the mountain more than an hour ago and waiting for us at Grindelwald town. I think if I were to continue sledging down, it would take me another one or maybe 2 hours. So without a doubt, I would definitely take the train.

This is the beautiful town of Grindelwald – a place which I have never been happier to see:

Another wonderful adventure awaits us the next day – nothing that involves sledging for me, that’s for sure!