What do you do when you have no plans for first day of the new year? Go to a circus!

My sis-in-law sent me a whatsapp to let me know there was a circus in Bukit Tinggi Klang. Since we had nothing to do, we thought the kids would love to go to the circus again. We went to one earlier this year and the kids enjoyed themselves very much.

The Great British Circus is a travelling circus and they had been to various cities around the country. Just like the previous circus we went to, the inside of the tent was extremely hot when we first went in. As it was free seating, we had to go in 20 mins before the show starts in order to get nice seats. Unfortunately, most of the seats with better view were taken when we got in and there was a pillar and fan blocking my view.

Most of the acts were the same as the previous circus we watched, except for the tight rope and the motorcycle act. Which was the kids’ favourite? Ethan’s was the ‘human in hamsters wheels’. Take a wild guess which act that was. As for Isabel? Her favourite was all the in-between dance performances! Next time I should just bring her to an actual dance performance instead of a circus… 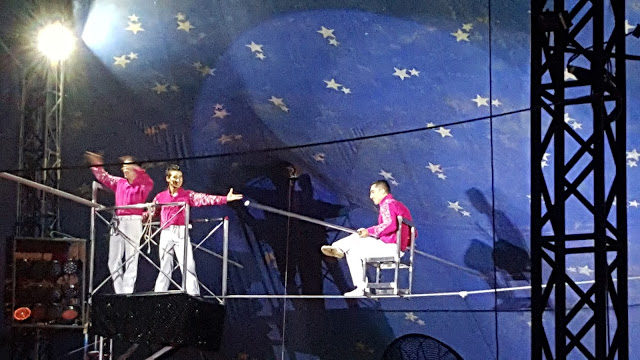