The only time I had ever been to a circus was 15 years ago. It was so long ago that I could not even remember anything about it. And my kids had only seen a circus on TV and in books.

So when my dear friend told me that a circus is coming to town this school holiday, we thought that it would be a great idea to bring the kids there.

The Swiss Dream Circus set up its tent nearby IKEA and Kidzania in Mutiara Damansara. From May 23 till June 14, they performed daily with 3 shows per day. We chose the 4pm show on the last Saturday before school starts the next week.

It was a scorching hot evening and the heat inside the tent was a bit unbearable at first. We could feel the heat from the top of the tent coming down onto us but it got better as the air-conditioner cooled down the place further after a while.

With breath-taking acrobatics and performances, the acts got everyone cheering for them throughout the show.

I went through their website when we got home and found out that the artists came from Ukraine, Romania, Canada and Switzerland.  It also says in their website that the Swiss Dream Circus is a unique place where power meets fearlessness and amazement!

The first act was the juggling act. Having never seen a real-life juggler before, Ethan and Isabel watched in amazement. This Ukrainian juggler, Vladimir Omelchenko, may be only 24 years old but he can juggle up to 5 clubs at a time!

Double Dutch  – Get your skipping rope and try this if you can! These 3 Ukrainians showed us how it is done.

Ekaterina Shustova – I’ve never seen an aerialist performance before so this was quite interesting to watch. 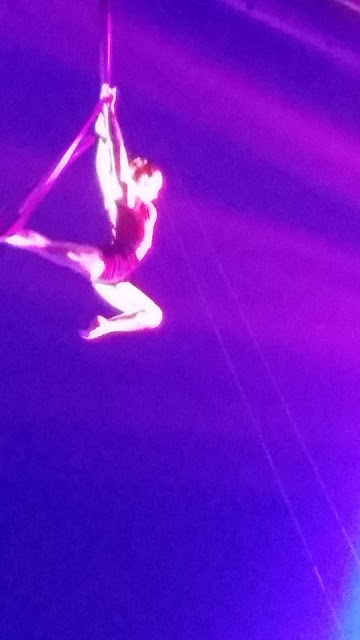 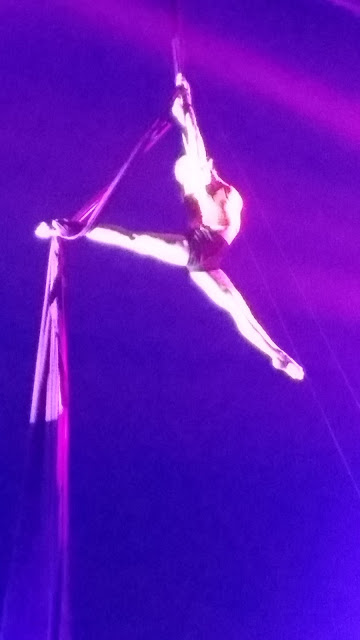 X-treme Brothers from Romania – These muscled-packed guys showed just how powerful their muscles were. 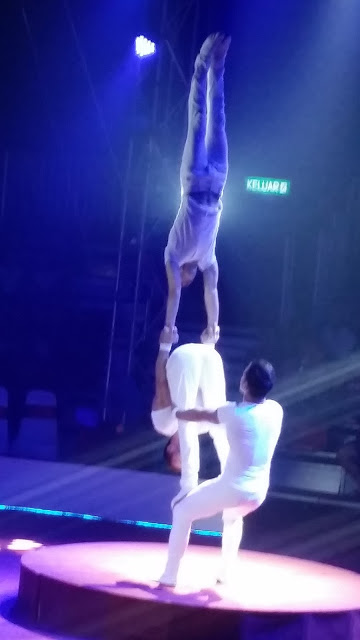 Aleshin Brothers – These 2 Russians whirled and balanced using only the strength of their feet.

Francis Perreault from Canada – Who knew you can do so much with a giant hula-hoop? 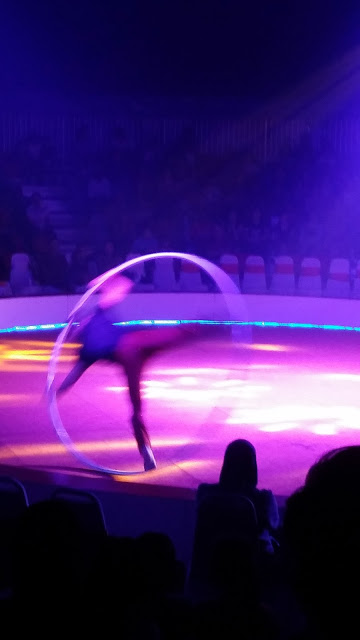 Vladimir Omelchenko – He’s not only a great juggler but he can perform incredible balancing acts as well! We were holding our breath every time Vladimir steps on the racks!

Clown Andre was back with a musical performance using different tones of bells.

Los Ortiz – This was the final act, which was also my favourite. The two guys from Columbia really looked like they could fall off the Wheels of Death anytime!

And that was the end of the show. I have to admit that it was a bit short though. I wish it was a bit longer than just 1 1/2 hours.

After the show, Isabel couldn’t resist taking photos with some of the artists.

Another enjoyable day out with great friends!